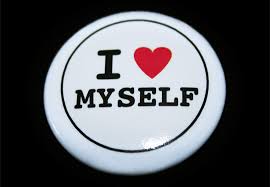 Anyone want to take a guess at how difficult it is to start a lesson on selfishness when the word does not appear in Scripture?  If you take the accepted King James Version of 1611, you will not find it.  Oh, obviously the concept is there, as we have all heard our pastors plea for the Children of God to not be selfish.  But as I began to study how to not be selfish, I was amazed that the word did not appear in the Bible.  There’s a good reason for that…it was coined in 1640.  According to an international linguist group, the origin of the word is as follows…

“The OED says the origin of the word ”selfish” begins in 1640 when a
Presbyterian archbishop coined the phrase from ”his own mint”; the word
apparently has ”reference to the events in 1640.” Strangely, the
word ”selfish” does not occur at all in the Bible, nor do any synonym to
the word, yet modern Christianity is laden with ethics against
selfishness. Presumably people before the 17th century acted in selfish
ways, so why, then, was this word absent from their vocabulary? I asked a
friend who knows Greek and Hebrew whether the word appears in either of
those languages, and he said it did not.”

Of course, it’s an interesting study to find out the origin of the word, but quite frankly, I don’t care about its origin.  What I care about is erasing it from my vocabulary so I can get to the point where it’s absent from my life.  I truly believe, from the bottom of my heart, that this is a key essential to sinning less and less!!!  Remember the onion…all those layers of sin, when you get right down to it, are all borne out of selfishness.  So…if you can control selfishness…you can control the amount of sin in your life.  So let’s look at the Biblical CONCEPT of selfishness as best we can.

So here’s what God wants us to do to our selfish state.  In Galatians 5:24, we are, according to Paul’s writings, supposed to crucify the flesh, which harbors all of our ill-directed lusts and affections.  Then we are to walk in the Spirit, meaning that we should be seeking to be filled with the Holy Spirit and then walking through this life under His control and influence.  Paul goes on to explain in Romans 6 that if we are crucified with Christ, our bodies should no longer serve sin, but this only comes through the crucifying of self.  First Corinthians 15:31 teaches us that this crucifying of the self must occur on a DAILY basis.

If we crucify the flesh, so as to not seek our own, we’ll be more readily able to put others ahead of ourselves and demonstrate a godly love toward others.  According to 1st Corinthians 13:5, if we act on the love we have for others, we will not seek our own.  We should learn this truth quickly and apply it to our lives, because to not be selfish is a command from God in 1st Corinthians 10:24, “LET NO MAN SEEK HIS OWN…”  Philippians 2:4 commands us yet again in much the same wording, “LOOK NOT EVERYMAN ON HIS OWN THINGS, but every man also on the things of others.”

So we have natural selfish tendencies, but everyday we must choose to put aside our desires for the self, and sacrifice them on the altar of obedience to God, in order that we may seek the things of Christ…namely loving other people and putting them first.  After all, all of Christ’s teachings and all the things Christ asks of us are focused on making the lives of others better.  If we’re selfish, we say no to the things of Christ to make OUR lives better…or so we believe.

So essentially what God wants us to do is get our minds off ourselves and onto others by crucifying our flesh daily.  Here’s HOW!  Without knowing the theological basis behind this principle, when faced with decisions that were going to cause disappointment in my life if I didn’t get my way, I started asking myself, “Will it matter in a million years that I didn’t get what I wanted in this case.”  For instance, choosing to sacrifice and pay for my children to attend a private Christian school takes away from money that is available to me to buy, or do, some of the things I’d like to.  So I ask myself in the middle of a sporting goods store as I’m drooling over everything in there, “In a million years, will it matter that I don’t buy this canoe.”  The answer is obviously a resounding NO!  I may still be disappointed as I leave the store, but I don’t give in to the flesh, as I keep my kids’ spirituality in first place.  I have a command by God to train and teach my children, who are on loan to me from God.  Following that command can be considered seeking the things of Christ.  If I decided to spend money on my OWN things and not seek the best for my children, I certainly sin, and that can be to the detriment of my children’s spiritual development.

Interestingly enough, that statement that I use to justify not putting myself first actually has several biblical principles behind it, though I didn’t necessarily understand that when I first started asking myself the question, “Will it matter in a million years if…”  I’ll do my best to explain HOW to kill your selfishness.  The Bible declares that our lives are but vapors that are here on Earth for such a brief moment in time, and then it disappears into eternity (James 4:14).  We will either be with Christ for eternity if we’re saved or we will be in Hell for eternity if we are not saved.  Either way, the question of “Will it matter in a million years if…” can only be answered with an understanding that we are to spend eternity somewhere.

Hebrews 11:13 explains that faithful forward thinking people risked their lives and put God first in their lives because they knew two things.  First, they knew they were promised many Heavenly eternal blessings for their faithful selfless service to God.  Second, they knew they were simply pilgrims passing through this life on the way to the next, so any selfish pleasures they could have denied the will of God for were simply pushed aside and discarded as they looked ahead to eternal rewards in their eternal Heavenly Home.  God reminds us again in 1st Peter 2:11 that we are indeed pilgrims and strangers on this Earth, so avoid giving in to your fleshly lusts, as this will cloud your focus on your eternal home and make earthly pleasures seem more appealing in the here and now.

We need to look to Heaven and the return of Christ (Philippians 3:20).  This will get our eyes off ourselves and onto the things of Christ.  Read Colossians 3:1-2 and understand that God wants His children to seek the things which are above, and not seek the things of Earth.  In 2nd Corinthians 4:18, Paul teaches us that temporal things will pass away, but heavenly things are eternal.  So that means if you lust after a new set of golf clubs and you neglect giving to missions, some day those golf clubs will be burned up (2nd Peter 3:10), but had you given to missions, that missionary could have gotten to the field and perhaps hundreds of souls saved by the missionary you supported could have been added to your account.  That’s what Jesus was speaking of when He said to lay up for ourselves treasures in Heaven through selfless obedience to the Will of God and not lay up treasures on Earth (golf clubs).  Because in a million years it WON’T matter to you that you didn’t buy new golf clubs, but it WILL matter in a million years when you are sharing eternity with converts led to Christ by a missionary you supported.

Lastly, consider 1st John 2:15-17, as it basically reminds us that we are not to love the world, or anything it has to offer to us.  Again, all these things will someday pass away, but the things done for Christ will live on into eternity.  In fact, the God tells us in His Word that if we love the world, the love of the Father is not in us!  That can only mean one of two things.  Either we don’t harbor a love for God in our hearts if we choose the things of the world over the things of Christ.  It could also mean that if we choose the things of the world, than the love of God is not in us, in the sense that God Himself is not pleased with us.  In any case, being selfish when it comes to getting what we can out of this world, is NOT what our focus should be.

So we are to crucify the flesh to rid ourselves of selfishness.  How we are to do that is through keeping our eyes on Christ and looking into eternity, and caring more about enjoying blessings forever rather than for a brief moment in time here on Earth.  I’ll give you my real life example to do nothing more than show you a real life practical application…

Since changing jobs I have a limited number of vacation days.  I had a job before where I made my own schedule, so time off was basically unlimited and I could take anytime off I wanted.  But now, I have a limited number.  Over the last several years, while I had my other job, I would take the time off necessary for helping teach at our church’s Vacation Bible School (VBS).  Now that my vacation days are at a premium, I have to use some up to be able to help out at VBS.  Now I won’t lie to you and say I had no reservations about using up my vacation time for VBS.  All I thought about were the other things I wanted to use the time off for, instead of VBS.  For instance, several golf trips I wanted to take, including one on Cape Cod.  My wife and I want to take our girls to Washington DC.  I calculated many different ways and realized I’d have to give up either VBS or one or two golf outings, or the trip to Washington DC.

Well, I asked the question.  “Will it matter in a million years of I don’t go to Cape Cod to play golf for a few days if I help out at VBS instead?”  The truthful answer is that it may sting for a while and I may be mildly disappointed to not go to Cape Cod.  But what shows God I love Him more…helping out at VBS or going to play golf?  Obviously it’s helping out at VBS.  And what would please God more…golf or VBS?  Obviously it’s VBS.  So I choose to use some of my precious limited vacation time helping out at VBS.  Why?  Because who knows how I may impact someone that week that will catapult them into a seriously committed life of ministry that may be responsible for seeing multitudes of people coming to know the Lord…and I’ll get to enjoy Heaven forever knowing I had a part in that.  Just think of what may NOT happen should I chose to play golf instead of helping out a VBS.

That’s HOW you kill your selfishness…by putting others first and looking into eternity and seeing how your decision to help yourself may negatively impact others.  It won’t only be their loss, but yours as well.