Posted on February 16, 2015 by faithfulfamilies 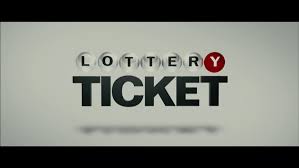 Way of Life Literature – http://www.wayoflife.org
Fundamental Baptist Information Service
copyright 2013 – Way of Life Literature
In the book Money for Nothing: One Man’s Journey through the Dark Side of Lottery Millions, Edward Ugle says the “broke or financially troubled lottery winners are the rule.”According to the Certified Financial Planner Board of Standards, nearly one-third of all lottery winners end up broke (“Lottery’s Lucky Losers,” The Valley Times, September 2008).

This proves the truth of the Bible.

“Wealth gotten by vanity shall be diminished: but he that gathereth by labour shall increase” (Proverbs 13:11).

“The thoughts of the diligent tend only to plenteousness; but of every one that is hasty only to want” (Proverbs 21:5).

“He that hasteth to be rich hath an evil eye, and considereth not that poverty shall come upon him” (Prov. 28:22).

“He that loveth silver shall not be satisfied with silver; nor he that loveth abundance with increase: this is also vanity” (Ecc. 5:10).

In fact, the consequences of winning the lottery are often more frightful than mere financial trouble.

Charles Riddle, who won $1 million in Michigan in 1975, got divorced, faced several lawsuits, and was indicted for selling cocaine.

Karen Cohen, who won $1 million in the Illinois state lottery in 1984, filed for bankruptcy in 2000 and in 2006 was sentenced to 22 months in jail for lying to federal bankruptcy court.

In 1985, Evelyn Basehore won two jackpots totaling over $5 million. By 2000, she was broke and living in a trailer park, much of her money having gone to support “her hefty gambling habit at the slot machines in Atlantic City.” She said, “Winning the lottery isn’t always what it’s cracked up to be. Everybody wanted my money.”After Lewis Snipes’ wife won $31.5 million in 1988, her husband disagreed with her and her sisters over whether to accept the lump sum payout. The matter was litigated for four years and split the family apart.

Shefik Tallmadge, who won $6.7 million in the Arizona lottery in 1988, declared bankruptcy in 2005. He lost all of his former friends and had to move out of Arizona. He continues to play the lottery every week.

Jay Sommers won a $29 million lottery in Michigan in 1988, but it was frittered away by reckless spending, a friend’s “bad investments and shady deals,” and lawyer’s fees. Within five years he was broke and delivering pizza. In 2004 he said, “I’m still bitter and I’ll be bitter the rest of my life. I think I’d be further along today if I had never won” (“The High Cost of Winning,” People, March 15, 2004).

After William Post won $16.2 million in a Pennsylvania lottery in 1988 his brother tried to hire a contract killer to hit him and his wife. When he declared bankruptcy in 1994 he said, “Everybody dreams of winning money, but nobody realizes the nightmares that come out of the woodwork, or the problems.” When he died in 2006 he was living on his meager monthly Social Security check and The Washington Post headlined his obituary “The Unhappy Lottery Winner.”

Willie Hurt, who won $3.1 million in Michigan in 1989, spent his fortune on divorce and crack cocaine and within two years was broke and charged with attempted murder.

Paul McNabb, who was Maryland’s first lottery millionaire, ended up driving a cab in Las Vegas.

Ken Proxmire, who won $1 million in a Michigan lottery, was bankrupt within five years.

After Juan Rodriguez won $149 million in a New York lottery, his wife of 17 years filed for divorce and took half of his winnings.

Rhoda Toth, who, together with her husband Alex, won $13 million in 1990, is in prison for income tax fraud. Within two years after hitting the lottery jackpot, the Toths were borrowing money to pay bills and were living in a trailer without electricity. In 2008, Alex died “hating life” and Rhoda pled guilty to filing false tax returns and was sentenced to two years in prison. She says, “The winning ticket ruined my life.”

Ibi Roncaioli won $5 million in a 1991 Lotto drawing in Canada, but she was murdered by her gynecologist husband when he found out that she had given nearly $3 million to sons she had through adulterous relationships (“19 Lottery Winners,” Business Insider, May 19, 2013).

Suzanne Mullins, who won $4.2 million a Virginia lottery in 1993, could not pay her bills 11 years later and was sued unsuccessfully for nonpayment of a loan.

Janite Lee, a wigmaker who won $18 million in 1993 in Missouri, filed for bankruptcy just eight years later and had only $700 left.

Ed Gildein, who won $8.8 million in the Texas lottery in 1993, gambled away most of the money and left his wife with a slew of debts when he died in 2003. In 2005 Ed’s widow, Janice, was sued by her daughter who claimed that she was taking money from a trust fund and squandering cash in Las Vegas. The daughter lost the case and mother and daughter agreed to “divorce” themselves from one another.

Jeffrey Dampier, who won $20 million in the Illinois Lottery in 1996, was kidnapped and murdered by his own sister-in-law and her boyfriend who targeted him for money.

Immediately after Denise Rossi won $1.3 million in 1996, she divorced her husband without telling him of the windfall. When he found out the truth and took her to court, the judge awarded him the full amount of her winnings since she had committed fraud. In 2000 she told NBC’s Dateline that winning the lottery “has brought me really nothing but grief and headache.”

Billie Bob Harrell, Jr., a Pentecostal preacher working as a stockboy at Home Depot, won $31 million a Texas lottery in 1997. He bought seven homes, including a ranch, and new cars, but within two years he committed suicide after his spending habits spiraled out of control and strained his marriage severely. Shortly before his death, Harrell confided to a financial adviser: “Winning the lottery is the worst thing that ever happened to me.”

In 1998, Gerald Muswagon won the $10 million Super 7 jackpot in Canada, but within seven years he had hanged himself in his parents’ garage after spending the money on “drinking and partying.”

Michael Klingebiel, who won a $2 million lottery, was sued in 1998 by his own mother, who said he failed to share the jackpot.

Noreene Gordon, who, with her husband James, won a $52 million Florida lottery in 2000 says, “It’s a nightmare.” She told Tampa Bay Online that “people come out of the walls to take advantage of you every day of your life.”

Mack Metcalf, who won $65 million in a Kentucky lottery in 2000, divorced his second wife, gave away half a million dollars to a former girlfriend when he was drunk, was sued by his first wife for unpaid child support, and died in 2003 at age 45 of alcoholism. Metcalf’s second wife, Virginia, who shared his jackpot, bought a mansion, surrounded herself with stray cats, and died of a drug overdose at age 51 the same year Mack died.

Victoria Zell, who shared an $11 million Powerball jackpot with her husband in 2001, was penniless by 2006 and serving seven years in a Minnesota prison, having been convicted in a drug- and alcohol-induced collision that killed someone.

Michael Carroll, who won about $15 million in a lottery in England in 2002, said he only had $3 million left in early 2006. He told the press, “I regret ever winning the lottery. I’ve spent $2 million on drugs and given $7 million to friends and family.” He continued to spend his fortune on “cocaine, parties, hookers, and cars,” and by 2013 “the ex-garbageman was hoping to get his old job back.” He had also admitted to attempting suicide twice.

Jack Whittaker, who won $314 million in a lottery in December 2002, was sued for bouncing checks at a casino, divorced by his wife, ordered to undergo rehab because of drunken driving, sued by the father of a teenager who was found dead in one of Whittaker’s houses, and took to drink. Within four years his fortune was gone. His pampered teenage granddaughter, Brandi Bragg, to whom he had given four new cars and a $2000 a week allowance, died of a drug overdose. In July 2009 Brandi’s mother, Ginger, was found dead at age 42. Whittaker’s ex-wife, Jewell, said, “If I knew what was going to transpire, honestly, I would have torn the ticket up.”

In 2003, Callie Rogers won 1.9 million pounds (about $3 million) in the U.K.’s lottery. Within a few years she was facing bankruptcy and working as a cleaning woman. She told the Daily Mail, “It’s brought me nothing but unhappiness; it’s ruined my life.” She reportedly attempted suicide twice.

In 2004, Sharon Tirabassi, a welfare mom, won $10 million in a Canadian lottery. Within a few years she was “back riding the bus, working part-time, and living in a rented house.”

Keith Gough’s wife won about $14 million in a British lottery in 2005, but within two years she had left him because of his drinking. A con man squandered over a million dollars, and in 2010 he died of a heart attack, “believed to have been brought on by drinking and stress” (“The Tragic Stories,” Time, Nov 27, 2012).

In 2006 Luke Pittard won a $1.9 million jackpot, but a year and a half later he was cooking burgers at McDonalds after he spent most of the money.

Abraham Shakespeare, who received $13 million from the Florida state lottery in 2006, spent the money in a little over two years and was murdered by someone who was probably one of his newfound “friends.” His relatives said that he was “miserable early on from his newfound fortune” (“Trust was costly for Shakespeare,” The Tampa Tribune, Feb. 4, 2010). In January 2007 he purchased a million-dollar home and then sold it for a loss of $350,000 two years later to a woman who said that she wanted to write the story of his life. In January 2010 Shakespeare’s body was found buried under a slab of concrete on the property.

By 2011, only six years after they won 1.8 million British pounds in a lottery, Lara and Robert Griffith were broke, their marriage had dissolved, and a “freak fire” had gutted their luxury house (“19 Winners Who Blew It All,” Business Insider, May 19, 2013).

Amanda Clayton won $1 million in the Michigan Lottery in September 2011 when she was 24 years old. A year later she was dead of a drug overdose. Three months earlier she had pleaded no contest to fraud for continuing to receive welfare benefits in spite of her lottery windfall (“Michigan Lottery Winner,” Fox News, Sept. 30, 2012).. She was also scheduled to appear in court in regard to an altercation with her neighbors. Her former boyfriend said, “She went down the wrong path, she got the money, got the freedom and felt like she could do whatever she wanted.”

On January 7, 2013, the Cook County Medical Examiner said that lottery winner Urooj Khan was murdered by cyanide on July 20, 2012, a day after he collected the lump sum option on a $1 million ticket he bought at a 7-Element near his home in Chicago. An investigation is ongoing into his death.

If the aforementioned people knew the Bible, they should have known better than to have gambled. The Bible exposes the lottery for the lie that it is. The lottery encourages covetousness, which the Bible condemns, and it mocks contentment, which that the Bible exalts. The deceitful message of the lottery is that wealth can solve your problems, but the Bible says, “Wilt thou set thine eyes upon that which is not? for riches certainly make themselves wings; they fly away as an eagle toward heaven” (Proverbs 23:5). It is a poor testimony for a Christian to trust in “Lady Luck.”

“Let your conversation be without covetousness; and be content with such things as ye have: for he hath said, I will never leave thee, nor forsake thee. So that we may boldly say, The Lord is my helper, and I will not fear what man shall do unto me” (Hebrews 13:5-6).